These days messenger applications are an integral part of social and work life. It is practically impossible to communicate any easier or more efficiently. Accordingly, their usage is also increasing in the clinical workplace. Messenger services in a clinical environment particularly develop their full potential when the various personnel in the healthcare system are connected with each other across sectors. The stroke team of the Central Hospital in Karlstad (Sweden) utilizes the Join communication platform to improve stroke care in the Värmland region.

The goal: Make stroke care more efficient
Värmland is a county in west-central Sweden. Three hospitals provide medical care for over 300,000 people in the region. The long distances, however, pose great challenges for the paramedics and healthcare professionals, especially in emergencies such as stroke. “For every minute that the blood flow in one of the vessels of the brain is stopped by a clot, the chances of it being restored decrease drastically”, says Dr. Felix Andler, neurologist at the Department of Neurology and Rehabilitation in the Central Hospital in Karlstad. “We were looking for ways to reduce delays and make stroke care more time-efficient.”

At a stroke conference Dr. Andler met colleagues from Brazil, who told him about Join, a medical messenger solution which has helped them in their work. “I make no claim to compare Värmland with Brazil”, smiles Dr. Andler, “but I could relate to the challenges we both face in stroke care.” So he decided to test JoinTriage and Join in his region as well.

Halved time for clot-dissolving treatment
In 2020, Värmland was the first region in the Nordics that tested JoinTriage and Join intensively. “During the trial period we saw dramatically improved results”, says Dr. Andler. “Thanks to the communication and collaboration possibilities offered by Join, the door-to-needle time decreased from 26 minutes to 14 minutes.”

Because of the great results, all three hospitals in Värmland will implement Join in the near future. “The app and the technical possibilities are a prerequisite for the great results”, says Dr. Andler. “But it would not work without the very good cooperation we have, from ambulance and helicopter teams to the emergency room, X-ray, stroke department and other hospitals outside our region. It is well-functioning teamwork that is the key to success!”

Join as a bridging tool during an IT failure
An additional benefit of Join presented itself during the test phase in 2020. In late September an unexpected malfunction of the hospital‘s alarm system occured. Despite existing backup plans, there were delays and parts of the stroke team were alerted late or not at all.

“In the current case, we were lucky enough to be in the test phase for Join”, explains Dr. Andler. “We were able to ensure communication with the ambulance and within the hospital quickly and efficiently. So there were no delays during the 48-hour outage. Thanks to Join we were able to continue working without any loss of speed or quality.” 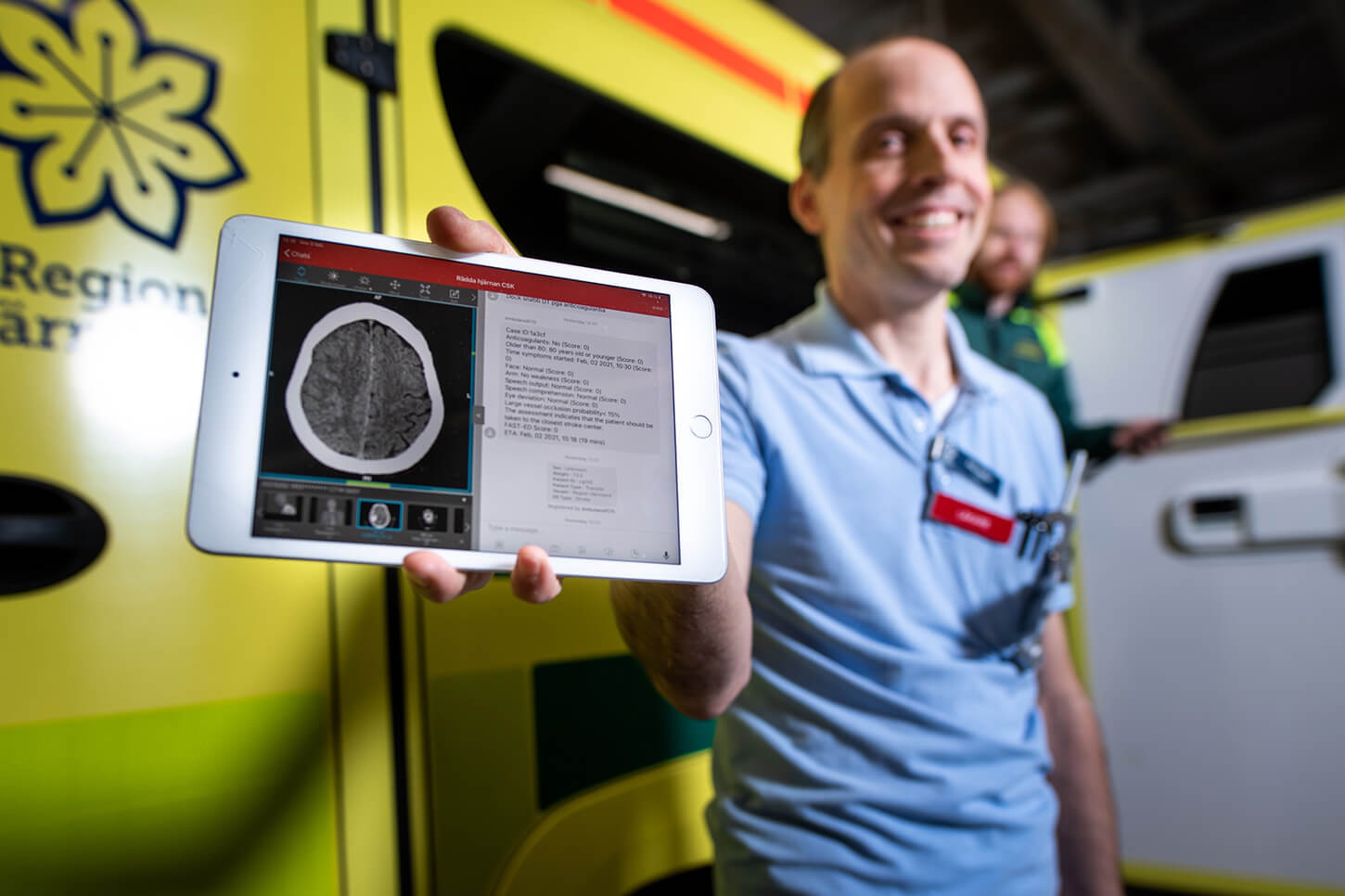 Are you ready to experience our seamless solutions?
Request a Demo

This website uses cookies to improve your experience while you navigate through the website. Out of these, the cookies that are categorized as necessary are stored on your browser as they are essential for the working of basic functionalities of the website. We also use third-party cookies that help us analyze and understand how you use this website. These cookies will be stored in your browser only with your consent. You also have the option to opt-out of these cookies. But opting out of some of these cookies may affect your browsing experience.
Necessary Always Enabled